Hulk and Spiderman are now super-huge superhero franchises. But if it was not for Peter David’s penmanship, Hulk and – to a lesser extent, perhaps – Spidey may not have been in the running to be re-invented as the big screen cash-cows we all know and love today. They were both ‘flagging’ series when Peter David got to write for them early in his comic career back in the 1980s… and on both counts his inventive story arcs re-vitalised the titles and attracted fresh readers to the marvellous world of Marvel. 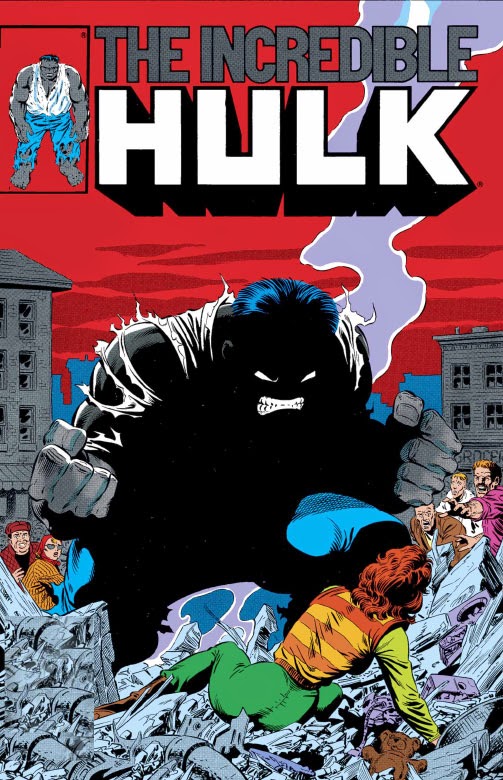 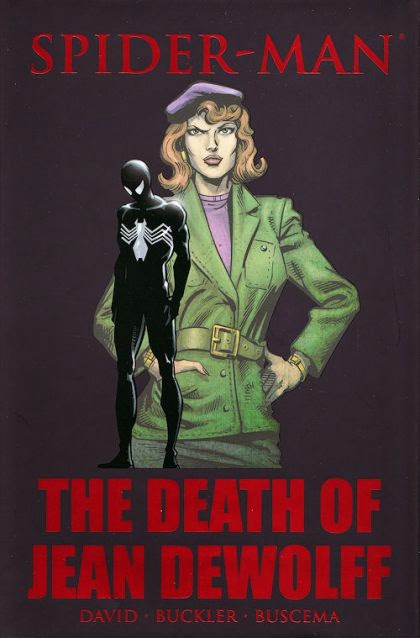 Peter David rapidly earned a reputation as being a prolific ‘writer of stuff’ (as he describes himself) and has remained a fan favourite, because he writes like a fan who can write - with knowledge, enthusiasm and sensitivity to the characters and the worlds they inhabit. He has a flair for making potentially ridiculous characters emotionally engaging, with real weaknesses to counterbalance their unreal strengths. Real world issues are often paralleled in in his stories and his characters have to deal with everyday problems as well as more Olympian conflicts…

Having been a major proponent of the comic genre for a long time, you must have seen the industry - and perception of comics - change a great deal, from being ‘for the kids’ to becoming a respected literary form... What or when do you see as the ‘watershed’ for this change?

“My guess would be the rise of the direct market. Once upon a time, comics were only available in ‘mom and pop’ shops and 7/11s. The rise of the direct market and the development of comic book stores not only gave rise to an older audience, but gave them a place where they could congregate and interact with other fans. This caused the audience to skew older, and as that happened, publishers began seeking projects that would appeal to older readers. As a result of that audience growth, we got Maus, and Watchmen, and Dark Knight Returns - all the various projects that appealed to the 18 and up crowd.”

As you say, Art Spiegelman’s Maus was a ground-breaker in dealing with issues and 'heavy' subject matter in the comic format. What wider issues are important to you - what gets you 'fired up' - and how do you tackle them?

“Free speech is a particular sticking point. It particularly irritates me when people who proclaim that they are liberals try to censor others in the name of political correctness. I find that even more offensive than when conservatives do it. At least conservatives are honest. They declare, ‘We want to stop this talk because we find it offensive.’  Liberals say, ‘We want to stop this talk because we're worried other people will find it offensive.’ Which is crap:  the fact is that they feel the same way conservatives do, but they're being dishonest about it. I've written both comic book stories and also columns about it.”

OK, so my literary snob pal admits Maus is worthy and has ‘literary merit’, and I can get them to look at The Arrival, and Dotter of Her Father’s Eyes, even From Hell… but superhero comics? Guys in leotards, big green freaks with massive muscles, men flying about wearing metal suits! How can I convince them to give that a try? (This question is asked with the healthy tone of British irony!)

“Well, I hear tell that some British guy wrote a book called Watchmen that a lot of people seem to like. And Frank Miller wrote Dark Knight. They could try those. Plus anything of mine."

Of course the scale and scope of the superhero universe is akin to the Greek Myths – from where some of the very first stories and heroes were born. I was recently watching a lecture-talk given by Stewart Lee where he talks about leaving comics behind with his childhood because he did not perceive them as ‘grown-up’ things to read, then rediscovering the format through coming across a story cycle of the Hulk written by you - respected by many as the finest Hulk stories since those of Stan Lee. Why did you want to write comics as an adult?

“I wanted to write comic books as a kid and as a teen, so why wouldn't I want to write them as an adult?  It's like asking an astronaut, ‘Why did you become an astronaut?’  Why?  Because every kid wants to be an astronaut. Just like tons of kids want to make comic books their lives. It's just that some of us manage to do so …and some of us don't, and consequently show up on the Internet and bitch about the people who made it.”

I imagine you grew up reading comics in the second superhero revival of the 1960s… what is your earliest comic book memory and what was the first time a comic book really carried you off into another world?

“I first discovered comic books in my local barber shop, actually. They had the Harvey Comics for kids to read while we were waiting. That's where I first met Casper and Wendy. I knew so little about comic books that when Casper turned into dotted lines, I thought it was a participation thing where you were supposed to take a pencil and connect them - I had no clue that it meant he was invisible. My first superhero comics were Superman - Action Comics, and that extended from my love for the George Reeves Superman TV series. Every episode would end with the announcer saying, ‘Superman is based on the character appearing in Superman magazines.’  And I thought, ‘There are magazines?’ So I went to my local magazine store and sought them out.”

What do you think of the current explosion of the Superhero genre, and the huge-budget cinema adaptations?

“When I was a kid, it was all the stuff of fantasy. Hollywood FX couldn't possibly live up to the requirements of superhero films. I mean, hell, we went nuts with the - by today's standards - crummy flying effects in Superman. The growth of the genre has been amazing. The only downside is that the expectations have risen as well. You get films like Green Lantern which really weren't that bad and the fans hate them. Does nobody remember the DC live action TV shows from the seventies? Those were awful!”

Movies adapted from comics are currently the biggest genre – the sales of related titles must reflect this – from your point of view within it, how has the perception of the comics industry changed in the last couple of years?

“You proceed from a false premise:  the sales of the comics don't relate at all. Millions upon millions of people see movies. With a comic, these days if you're over 100,000 you're doing incredibly well. Yes, we get some PR boost, I suppose, but we're not selling millions of copies of Guardians of the Galaxy, no matter how well the movies do.”

Has this had any effect on the attitude of the comics publishing world? Has it pushed Marvel/DC superhero format to the forefront at the expense of indie and less mainstream comics? Or do you find the industry thrives throughout now as a result? In other words are publishers putting more money into the successful superhero genre and less into the new, cult and unusual ideas?

“Publishers put money into what sells. Untested and unusual ideas don't sell, at least not to Marvel readers. Heavily character driven stories don't sell. What sells for the most part are things tying into events. As much as readers may piss and moan about it, that's what they buy. Does that mean Marvel will never be experimental? Of course not. But the expectations for such projects are pretty low.”

What unlikely comic would you love to see given the blockbuster treatment?

Fallen Angel is a character created and owned by you, and you have written a great many solo works, but the majority of your writing seems to be working with characters and scenarios devised by others – what do you enjoy about this challenge that keeps you coming back for more?

“Most of my solo projects are in novels. That's one of the advantages of having ties to various venues outside of comics. I have a great deal of fun contributing to the vast tapestry that is the Marvel universe. It's nice to be a part of something that is bigger than yourself."

What do you think are the positives and negatives of both working alone on a project and collaborating with others?

“The positive is that it's the purest form that your story can take. There's you, the reader, and the story and nothing else. So you get all the credit. The downside is that you also get all the blame. The advantage of collaboration is that, if you have a quality artist, that artist can elevate the story to something far beyond what you are capable of attaining on your own."

Writing novel-style fiction and writing for teleplays, video games and comic scripts must use very different ‘skill-sets’. How does your approach differ in these varied formats? And what aspects remain constant?

“It doesn't really involve different skill sets. It's like saying to someone who's working out, ‘Wow, first you lift the weights overhead and now you're pushing weights with your feet!  How do you do that?’  You're just using different muscles. The only difference is the format in which you're writing.”

Do you have an established writing method or ‘ritual’?

Who did you learn from - who are your writerly heroes and heroines?

“Stan Lee, Harlan Ellison, Stephen King...all of whom are now friends of mine.”

What comics are you currently enjoying, and would recommend?

“I like a lot of stuff that Marvel puts out. I also enjoyed Kick-Ass and I'm enjoying Jupiter's Legacy."

You are so prolific, so you may have to be selective here, but what up-coming Peter David projects can we look forward to in the near future?

“I'm working on some Star Trek: New Frontier novellas, so it's great to be back in that venue. I'm working on various miniseries for Marvel... I'm also working on a project with Colleen Doran..."

I often wind up an interview by asking for any ‘top tips’ - in this case for the aspiring writer of comics - but you have already written an entire book on the subject! So, please feel free to share any ‘in-a-nut-shell’ pearls of wisdom that have helped sustain you in your career…

“Read more than you write... and read my book.”


For 2015, Peter David is re-inventing the Marvel Universe in his Secret Wars 2099 series for Marvel, re-working iconic Avengers characters again, such as Spiderman, Captain America… and it may all turn out to be a little Strange… (as in the Sorceress – that was almost an in joke, for the in-crowd)

Keep up with Peter David news at his official website.

...and find out about new titles at the Marvel website.

Peter David was talking with Remy Dean
Posted by Questing Beast at 11:12