What was the first book that really grabbed you and took you on a journey when you started reading?

That's a very difficult question to answer because there are so many! I think stories and the books they came in have always held me in their thrall. I grew up reading a lot of fantasy. For me, historical fiction was also a form of fantasy because writers were bringing the past to life. I think as a child, books written by authors such as Rosemary Sutcliffe and Diana Wynne-Jones had a profound impact on my young mind.

Do you have an all-time favourite book?

I have many, so it's very hard to pick just one. I know I am supposed to cite some wondrous work of literature at this juncture, but I think I also have a number of ‘guilty pleasure’ favourite books - the ones you own in paperback and have read till they became dog-eared and the pages started falling out? I am a big fan of Michael Moorcock's work. I also love writers like Margaret Atwood, Ursula LeGuinn and Anne MaCaffrey. 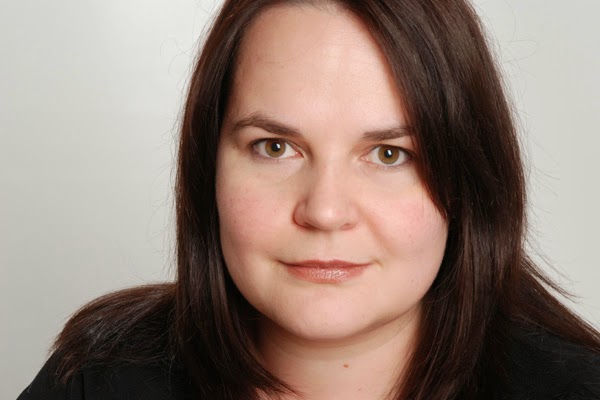 What is the most recent book you have read and really enjoyed?

What are you reading right now?

I am currently in the process of researching my next project so I am reading a lot of non-fiction at the moment. I have however recently purchased G W Dahlquist's next book titled, The Dark Volume which is sitting on my shelf waiting for me.

Is there any other media you really enjoy and what inspires you most such as comics, music, art?

I tend to absorb a lot of media across the board. That includes film, TV, comics and short films. I am currently very interested in what Amazon Prime and Netflix are doing in terms of television shows.

Who is your all-time favourite writer?

There are many and it changes from time to time. I am a big fan of Charles Dickens. I also love writers like Jules Verne.

Is there a writer who changed your outlook profoundly?

I think every time you read a good book, it changes your outlook profoundly. That's what books do. I think I read Stephen King's On Writing many years ago and it made the idea of being a writer accessible. I also absolutely loved Sometimes the Magic Works - Lessons From a Writing Life by Terry Brooks. I was incredibly honoured to meet him in person last year and he was ever so nice to me which made it extra special.

When did you ‘wake up’ to being a writer?

I don't think I had a moment where I ‘woke up’ to being a writer. I've always had an aptitude for languages. I've always been a voracious reader and I wrote stories from a very young age. Then common sense prevailed and I went on to become a lawyer with a ‘real job’. I took the decision to go back to writing when I was in my twenties - once I had ticked all the boxes one has to tick in life.

What is your writing regimen right now?

Sadly, the image of the ubiquitous writer spread out on a chaise lounge, wrapped in a feather boa while nibbling bonbons is a myth. Writing is very hard work and so I think that having a professional approach to one's writing is important. I think it's also quite important to have structure and routine, so I aim to be at my desk, working by 8.30 am as one would a day job.

Do you have any advice for writers getting started?

The best advice I can give writers who are getting started is this: Learn as much as you can about your craft and the business. Work hard and finish what you start. Also, never give up on your dream.

Did you wonder about being gender neutral for your launch in the Science Fiction and Fantasy genre? Do you think this a valid issue?

Oddly enough, there is a percentage of people who think that Liesel is a man's name - I joke not. I think every writer, around the time of publication of their first book wonders what name to put on the cover. Unfortunately, sales and reader statistics seem to indicate that even in this day and age in the SFF genre, female readers will generally read books written by men and by women. Male readers won't and tend to stick to books written by men. This is why female writers and their publishers are faced with the dilemma of whether or not to publish under a gender neutral name in order to reach a greater readership.

It's a sad state of affairs, but one that I hope is slowly changing, one reader at a time. I am happy to say though, that I have never been asked to androgenise my name. In fact, I am extremely lucky to be with my publishers, DelRey UK, who actively promote and celebrate women writers in SFF.

What is your favourite recipe book?

My favourite recipe book is a work entitled Domestic Cookery written by ‘A Lady’ It was published in 1846. Recipe books published pre-Mrs Beaton are quite rare, mostly because few survived the ravages of the kitchen. I love it because the recipes are so interesting.

Liesel Schwarz is hailed as ‘the new high priestess of steam-punk’ and writes with an infectious joy in the genre. Dark arcane arts, gadgets and fin de siècle details merge into a compelling story arc which follows the adventures of heroine Elle Chance.

Novels to date are Conspiracy of Alchemists, A Clockwork Heart and Sky Pirates - which has just been published by DelRey.
She also teaches SFF creative writing master classes and is just finishing off her MA in creative writing at Brunel University.

Liesel was born in South Africa, worked in London and now has a cottage in the country. She is a romantic and loves (amongst other things) cats, the British Library, and the proper way to drink Absinthe.